Heartbroken doesn’t even describe the feelings I get when logging on to Facebook the last week. Between my time at South Dakota State Univeristy and the friends Tim and I have met through social media, my news feed is filled with stories of ranchers who have lost almost everything. It is estimated that Winter Storm Atlas is responsible for the death of over 60,000 cattle and sheep in South Dakota, Nebraska and Wyoming.

You can help these rancher today by donating to the Rancher Relief Fund through the AgChat Foundation (disclaimer: this is the organization I work for). Due to the expiration of the Farm Bill and governments inability to get their act together, disaster relief is not going to happen until at least after the first of the year. And, if it is like any other disaster relief bill, it will need to be earmarked on another bill, debated in both houses and then hopefully the President signs the bill it is attached too. They might see assistance in about two to three years.

How did so many cattle and sheep die?

Good question. There are several factors that make this an unprecedented natural disaster.

First: Many cattle and sheep were on their summer pastures. These pastures are usually miles away from the home ranches and in mountains, forests and other hard to access lands. Unlike here in Minnesota, ranchers have their animals graze on hundreds of acres at a time. Their land is more dry than ours, and it takes more land to feed a herd of cattle. I could go into a discussion on the symbiotic nature of livestock on pasture, not this is not the time. Ranchers were without a way to get to many of their cattle for days. If the cattle did survive the storm, there is a chance they had nothing to eat. 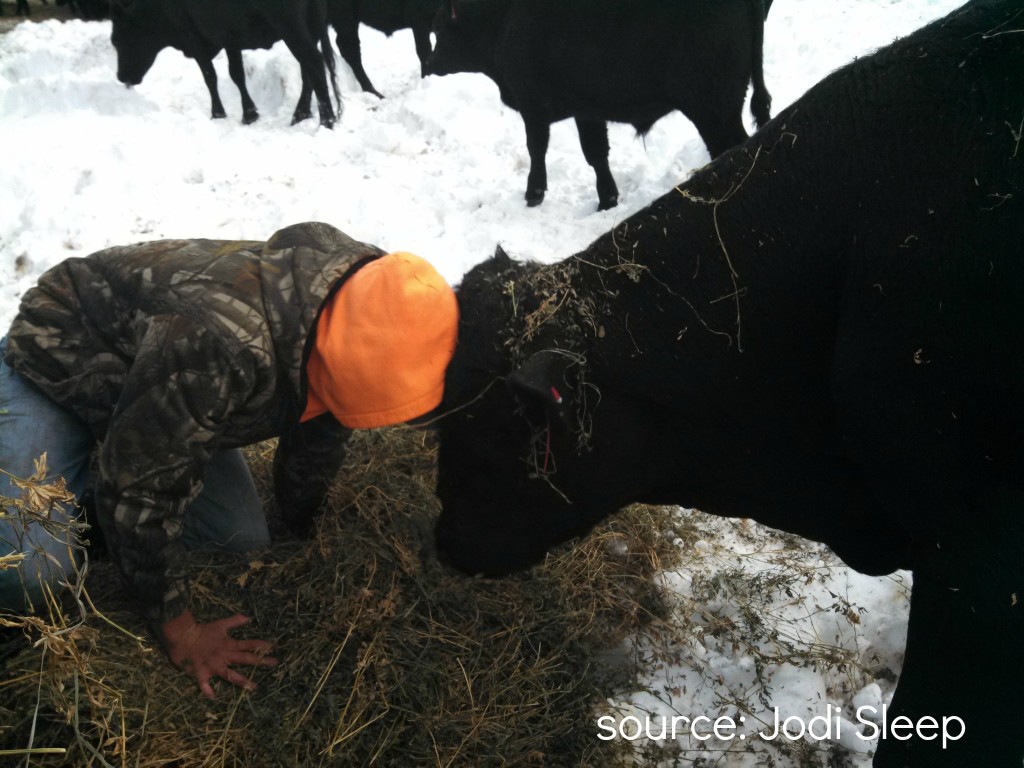 Second: Most cattle and sheep still had on their summer coats. Just like dogs shed their coats, cattle and sheep do the same thing. On our farm, our cattle are just starting to get thicker coats. 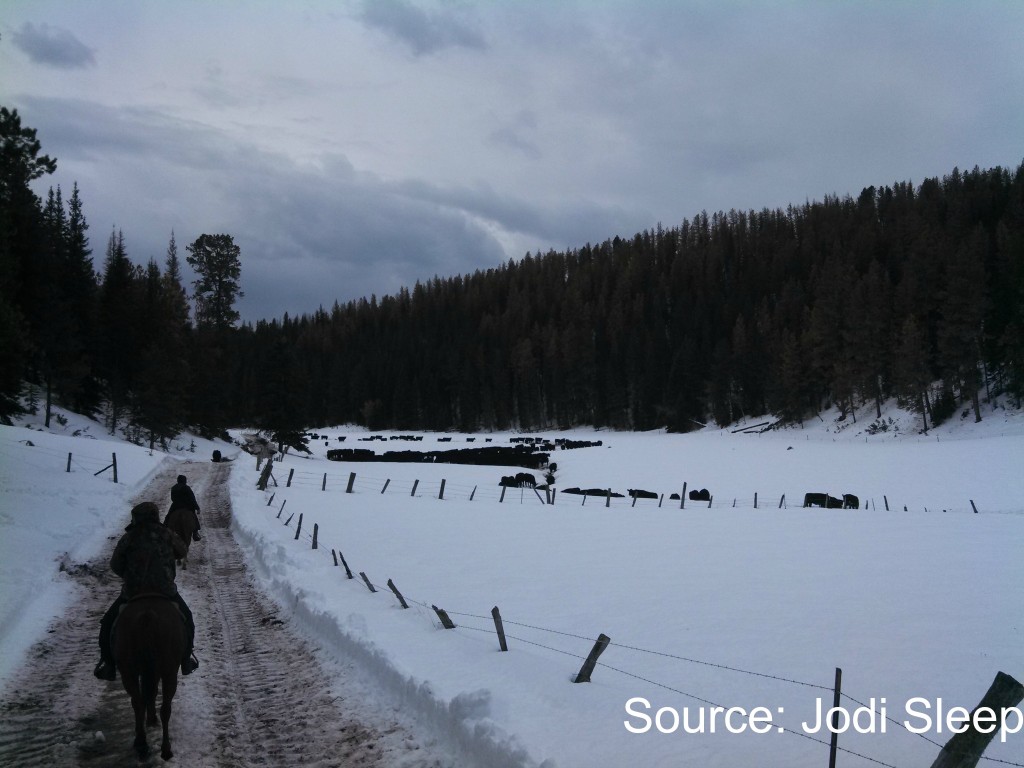 Third: Twelve hours of rain preceded the four to five feet of snow. This is a worse situation for the animals. Not only do they not have thick coats, their coats are now wet. Cold rain is more harmful to animals than snow because it mats down the protective layers of the coats.

I don’t want to include graphic photos here, but if you are interested a group of ranchers have started a public photo sharing page.

This all makes me so sad. My friend Julia, who ranches with her husband near Prairie City, SD, posted that they found 27 of the 30 cows and calves they were missing. There are some great rescue stories among the loss.

Here is a great post by Jodene Shaw. She talks about the broken hearts and how the ranching community is banding together. You can check out my friend Katie Pinke’s post here. She reflects on being in this storm with several of the ranch women.

Please pray for these ranch families and consider a thoughtful donation to support them through this tragic event. Even a small donation helps.